Home › Everything › The best kind of comma

The best kind of comma

Punctuation lends clarity and precision to communication, and as a consequence is a powerful toolset.

Here’s an illustrative video that drives the point home. 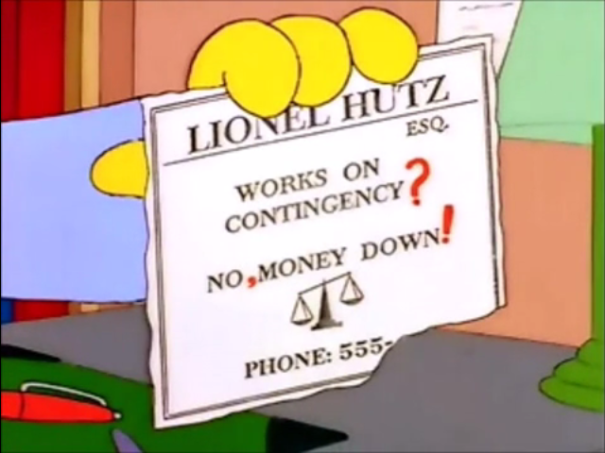 “So you don’t work on a contingency basis?”

I prefer “Oxford comma”, first because that’s the name I originally heard, and second because it seems likely that it was used at Oxford considerably before being used at Harvard.

When I write, I consciously try to influence the inner monologue or speech pattern of the reader, so as to most effectively make my points.  The Oxford comma lets me do this.  The alternative, which is to link the final two things in a list simply with an “and” is, to me, simultaneously abhorrent, unclear, and not a good representation of how we actually speak.

Here’s another illustrative example (this was passed to me by a fellow grammar-impassioned colleague, but I don’t know it’s origin…I tried using TinEye to resolve this and appropriately attribute the image, but to no avail): 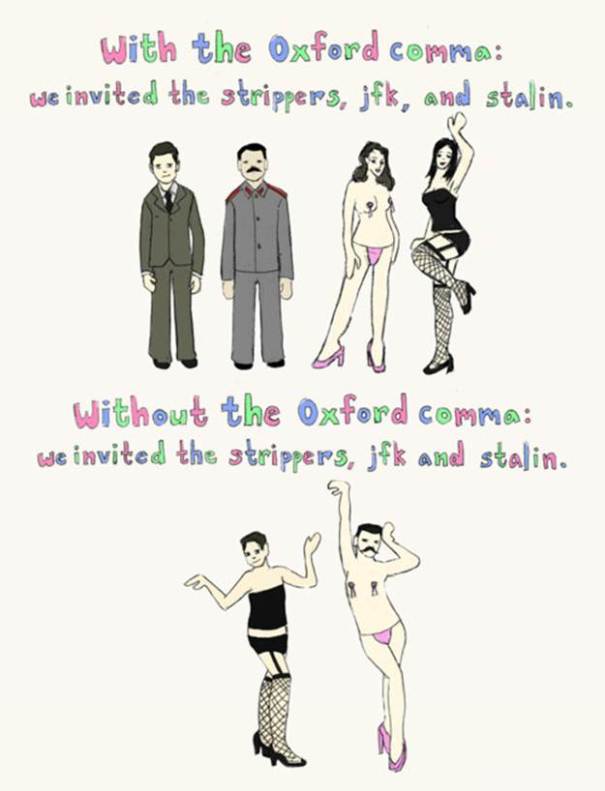 You can find other fun images here.

If you’d like to read more, apparently there are many other folks who are passionately for or against this obviously good thing:

This all just leads me to conclude that while the Oxford comma is imperfect, it remains better than the alternatives…and also that people have lots of misplaced passion.

Tagged with: communication, grammar, Oxford comma, precision
Posted in Everything

2 comments on “The best kind of comma”