Home › Leadership › The Problem of Prognostication

The Problem of Prognostication

I’m sure we’ve all heard various misattributed sayings about the challenges of making predictions.

I’m a big believer in the uncertainty of future events – be they black swans, outputs of inherently chaotic systems, products of complexity, vagaries of humanity, etc. That’s one reason why my past reading includes books about managing uncertainty (e.g., Obliquity – Why Our Goals are Best Achieved Indirectly), analyzing complex issues to gain decision advantage (e.g., The HEAD Game – High Efficiency Analytic Decision-Making and the Art of Solving Complex Problems Quickly), the role of luck in success (e.g., Success and Luck – Good Fortune and the Myth of Meritocracy), and so on.

Near the end of Superforecasting, there’s a terrific example that really illustrates the futility of trying to perfectly predict the future: a memo sent by Donald Rumsfeld to George W. Bush and Dick Cheney, that references the insights of Lin Wells. 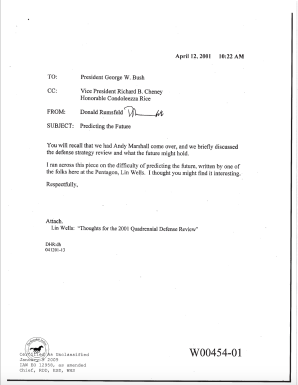 Personally, that memo was preaching to the choir; I found it extremely powerful and sobering, and I’ve already shared it directly with several folks.

Why? I think we’re often fooled into thinking that the future unfolds like clockwork: nice and predictable, in a classic Newtonian way. In reality, things are much fuzzier, and events catch us off guard.

My belief in the impact and inevitability of uncertainty doesn’t mean I think we’re helpless in the face of it – you’ll note that I’ve also amassed quite a collection of books on leadership, communication, etc. You see, I believe that adaptability is a critical quality of great leaders, and I want to have an arsenal of tools at my disposal and patterns in my memory…so when uncertainty strikes, I can think on my feet and effectively communicate.

Let’s not be fooled by leaders and organizations with their lies that only they can predict or control the future: the truth is that no one can do either; the best we can do is be quick on our feet and agile of mind when things unfold.

2 comments on “The Problem of Prognostication”